The start of animation happened in 1820 with the invention of the Thaumatrope, this was a made up of two pieced of paper on a string, that had a different image on either side. Wen the user would twist the image, it would give the illusion of the images combining. 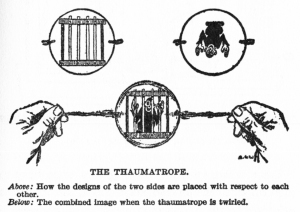 Twenty years later the zoetrope was invented. This was created with a cylinder with slits in it that would spin around. When images where placed inside, it gave the illusion of an animated sequence of images that looped around.

This gave many people their own idea on how to create animation, and many people started to make flip books. You still see many people now creating little flip books which are drawing that are in a slightly different position dawn on a different page of a book. Once you start to flip through the book the images look like they are moving.

In 1960, a jump since the last event in animation, came Stuart Blackton who created the first animated film. This was done with the technique of stop motion and involved two faces being down on a board and changed over the animation. 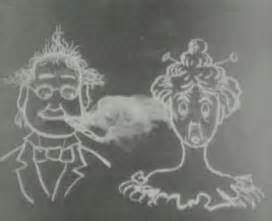 Clay then become a new technique of stop motion and many people still use it. Films like Wallace and Grommet and Chicken Run, all use a combination of computer animation and clay motion. Around the 1910’s people started to draw more animation for a more seamless animation. Winsor McCay was one of the first artists to create a cartoon called ‘Gertie the Dinosaur’ using this technique. This technique was then used by the company Disney, which is very well known now, with there animation of Steamboat Willie in 1928.

That was the start of an ever-growing technology. For the next 40 years animation has advanced with CGI and 3D animation.